A flathead and au seabass are representative summer fish. You can have Deliciously if doing it to ARAI (Washing The Sashimi) it.

METHOD FOR TREATMENT OF THE FLATHEAD

How to make sashimi soy sauce

Mix seasoning and cook once、by doing a SASHIGATUO into the seasoned soup, the taste will be even better. And It is often used to make soups such as TEMPURA – DASHI, IREDASHI etc.

How to make SASHIKATUO (INSERT BONITO) 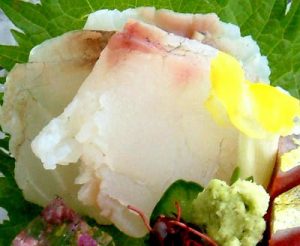