In Japan, the season of the salmon are September to November and April to July. This time, introduce wrapped a potato salad with the salmon, and grilled it.

How To Keep The Sweet And Salty Fish Sauce (UOTARE)

METHOD FOR TREATMENT OF THE SALMON 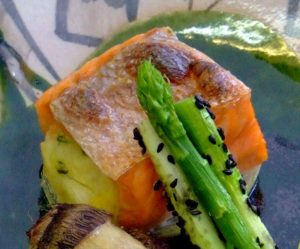